Flensburg is a lively port city with a rich cultural life and a varied shopping offer, which is all too often overlooked. Many Danes simply cross the border for soft drinks and tobacco without taking a closer look at Flensburg, which is a shame as the city really has something to offer.

Flensburg has an interesting history, beautiful buildings and good places to eat. The city was one of the few in northern Germany not to be destroyed during the Second World War, so you'll find many historic buildings from all stylistic periods. The historic city centre, which is influenced by Danish and German building culture, is a living testimony to Flensburg's 700-year history.

Flensburg is an old seafaring town built around the natural harbour at the end of Flensburg Fjord. Today the harbour is a lively area with plenty of eateries, museums and ships. The port is also steeped in history, which you can learn more about at the maritime museum, where all the texts are in English. It's clear everywhere that Flensburg has been under the Danish crown for a full 400 years. For example, many street names in the city are Danish.

Flensburg really is a paradise for anyone who likes to shop. Rotestrasse has about 500 shops with favourable prices for Danes. You'll also find several cosy back alleys and alleyways, which are particularly popular at Christmas time. Holmen with its beautiful old town houses is the pedestrian meeting point with several of the city's department stores.

Read more ...
11
Search results
0
active filters
Copy link to search result
Optimise your search
Sort your search
Show hotels on map
The prices shown are per person in a double room. Single room surcharges and child discounts are displayed in the booking process
Great view over the coast -

Schleswig-Holstein
Landgasthof Tarp
Incl. half board and coffee
Only 20 km from the border 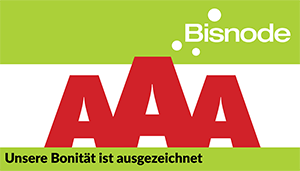